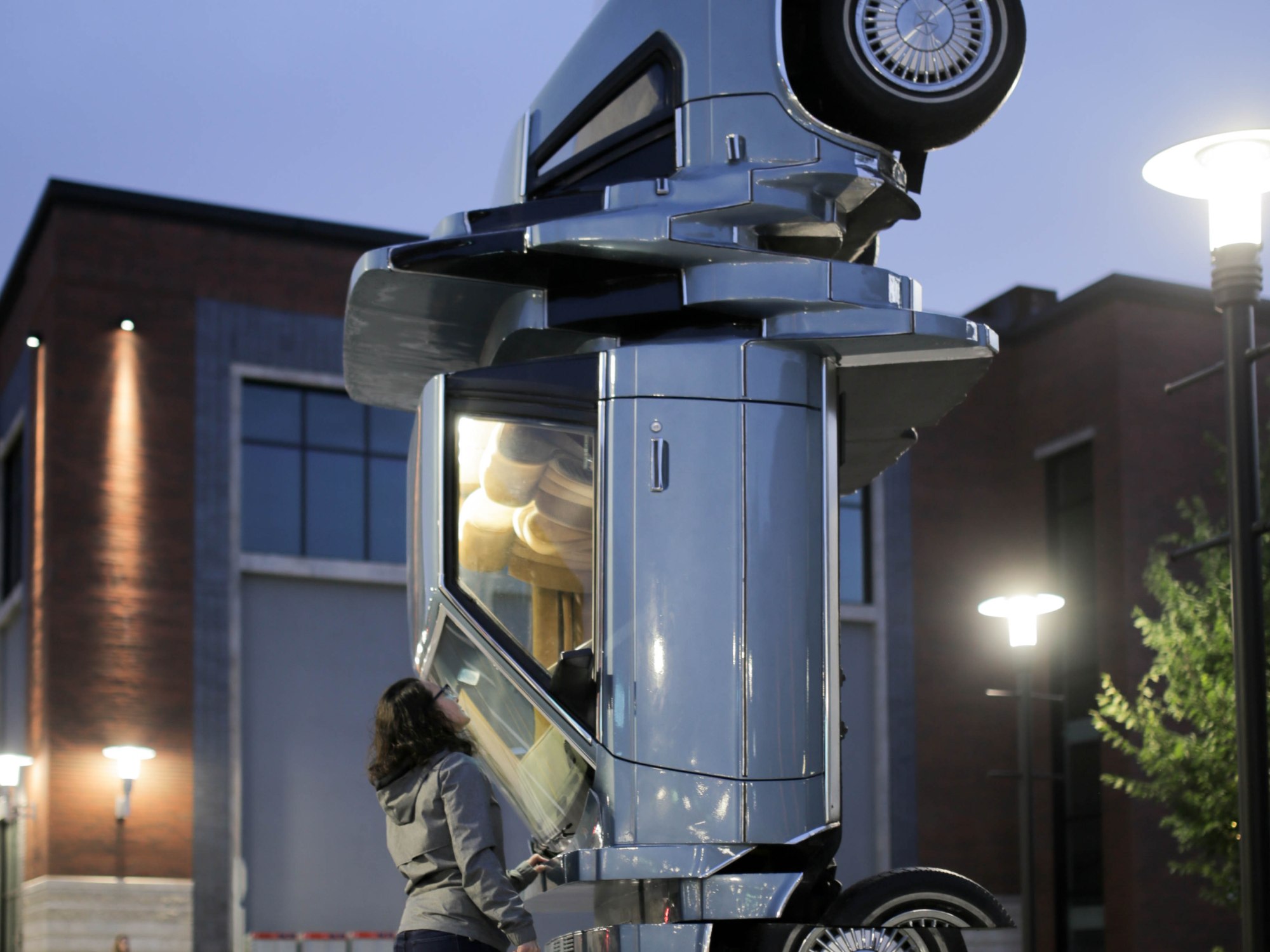 In May, we installed CARBON COPY, a new public artwork using a 1988 Plymouth Caravelle to create a pithy monument to car culture in North America. Designed for the site-specific context of Edmonton’s newly re-opened Brewery District, CARBON COPY transforms an unremarkable suburban car into an illuminated obelisk, a monument to North America’s car-centric culture, and a glitch in our regular understanding of everyday life.

To create this public artwork, we worked with Calgary-based fabricators F&D Scene Changes to  transform a 1988 Plymouth Caravelle by cutting and re-shaping the car into a new form simulating digital glitch aesthetics (see the rest of this blog for details). Derived from a “rolling shudder smear,” CARBON COPY is based on scanner manipulations created by sliding an image across the scanner bed while it’s being copied.

Literally flattening a 3D car into a 2D photograph, printing the image, scanning it, and re-creating the 2D image as a 3D sculpture, CARBON COPY re-interprets digital information back into physical form using the raw materiality of a found automobile.

At night, the interior of CARBON COPY glows with a scrolling band of light, aesthetically simulation the light inside a flatbed scanner. 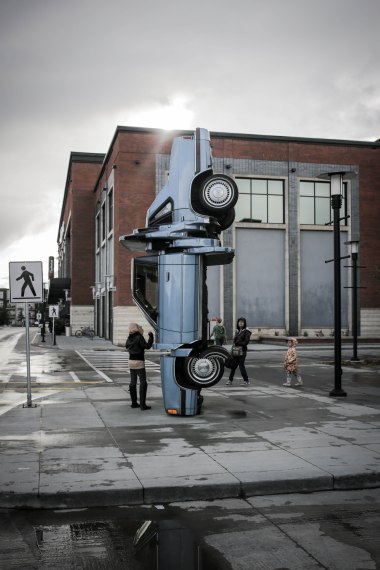 This triple-simulation from 3D to 2D and back again illustrates a metaphor for contemporary culture, where information is interpreted, re-interpreted, and misinterpreted in a constant cycle (and re-cycle) of technology, media, and digital space.

Within this complex landscape, glitches and aberrations are sometimes re-absorbed, moving beyond their genesis to become something new, separate, and previously unimaginable – a broken mirror image of their origins. 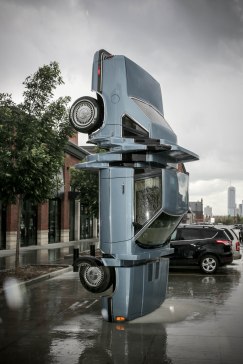 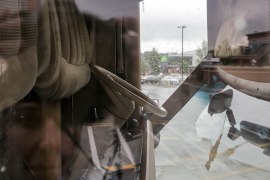 CARBON COPY creates a narrative of divergent aesthetics: 2D and 3D, real and surreal, raw and refined, digital and physical, comedic and imposing, familiar and new. The resulting work is a strong presence as a sculptural anomaly, designed with strong ties to Edmonton and the broader context of North American culture. Ultimately, we hope the work will become a wayfinding device for patrons of the Brewery District – whether they’re travelling by foot, by bus, or by car, the sculpture will become a familiar fixture in the landscape.