Road trippin’ carries a powerful nostalgia for most North Americans of a certain age, particularly those who grew up in semi-rural areas or cities far away from the mythical “cool places,” (as seen on TV). Some of my clearest memories are centered inside various cars, whether it was cruising with my newly-licensed siblings to the mall, calling my parents for late-night lifts, riding in my high school boyfriend’s first car (and witnessing his first fender-bender), backing into a mailbox during an illicit driving lessons with my little sister, or any number of other mundane, ordinary drives. Being in a car was like an alternate reality, perpetually between places.

Through all of this, I’ve never had my own license, so car time was communal, the stuff of conversation. Watching the road is like watching a roaring fire: calming, just distracting enough to open up space for thoughtful communication.

When you have nothing but time, everything else becomes slower, less calculated, more meandering. In my early twenties, the second coming of cassette tapes became the soundtrack of winding highway – Fleetwood Mac, Talking Heads, Salt-N-Pepa, Ween, and so many more. On the ideal road trip, encapsulated by steel, speed, and good tunes, it becomes easy to talk about almost anything.

Some of this was made possible only because I couldn’t drive on my own. But as a peripheral part of working on CARBON COPY, I decided to take Driver’s Ed. We’d been thinking a lot about the role of cars in shaping Albertan culture, and so I figured, why not? I’d been meaning to anyway. Plus, the experience would be good research.

So I enrolled in Driver’s Ed. Mixed in with a class of 16-years olds, it was hard to grasp the appeal of learning to drive an expensive, dangerous, cumbersome vehicle, until the teacher said, “Many people really enjoy driving. They don’t want self-driving cars – they want to be the one behind the wheel.” Cars are personal. Especially for a Grade 10 student, they embody an ideal of freedom. 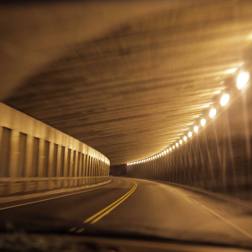 A few months later, I’m beginning to understand the appeal. I’ve always enjoyed being a passenger, and while being a driver comes with a whole different set of responsibilities, there’s something about the power to propel yourself through different landscapes at impossible rates of speed…

At the beginning of this month, I passed my license. After years of ignoring family pressure and friends making fun of me, the entire process of Driver’s Ed through GDL took less than 2 months. I’m left with the strange sensation that I could have, maybe should have, done the whole thing sooner.

There is a peripheral connection between the experience of Driver’s Ed and our research for CARBON COPY, and it lies in the contradiction between the mass-production of cars, and the specificity of driving them. You can find it through The Glove Box. If you have a minute, participate!