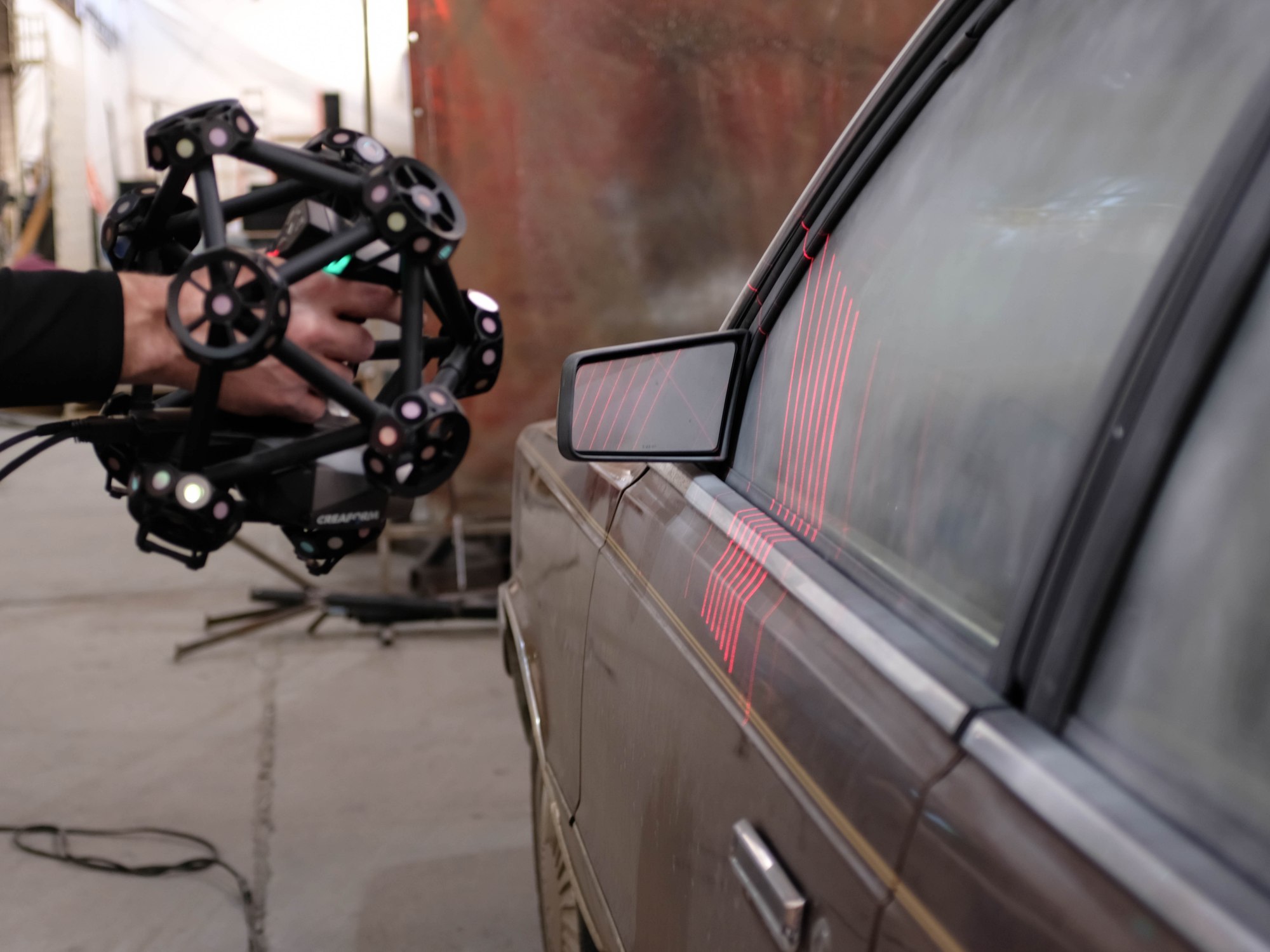 CARBON COPY follows the transition of an everyday object from 3D to 2D back to 3D. The artwork is drawn from a 3-dimensional object (a car), translated into a 2-dimensional image (a scan of the car), and back into a 3-dimensional sculpture. Each transition adds and removes information, smearing colours and contours to create a new form, one step removed from reality. 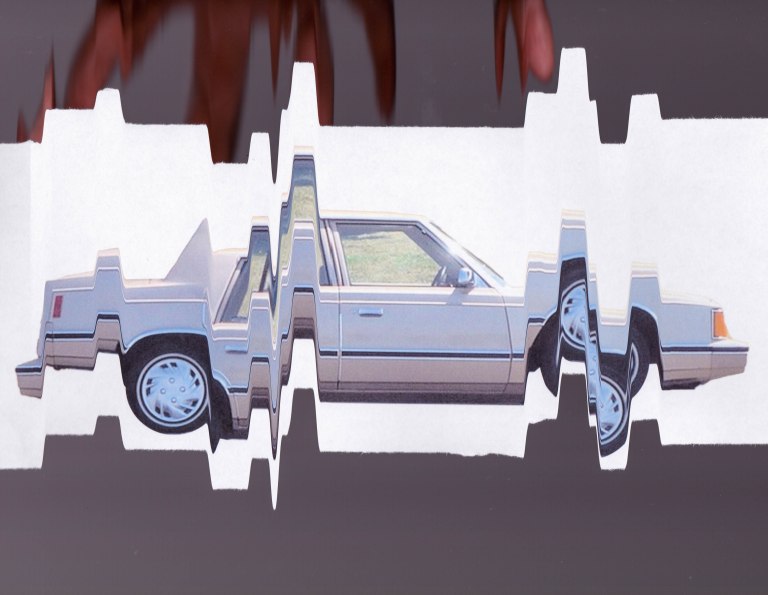 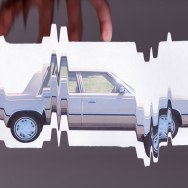 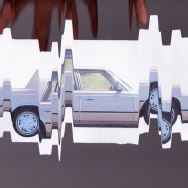 This process is not as simple as it seems. To draw this form back into reality, a team of auto body specialists and fabricators at F&D Scene Changes analyzed our scanner glitches, and devised a method of using 3D scanning technology to plan + build the glitched sections of the car sculpture.

To scan the car the technician passes a hand held scanner around the car.  The scanner projects a grid of lasers and uses a series of cameras to reads distortions in the shape of the grid as it hits the complex surfaces.  The location of the scanner is precisely tracked as it is moved around, allowing the software to accurately assign positional data to the surfaces as they are being scanned.

The technician watches a monitor as he ‘paints’ the car into the software in real time. 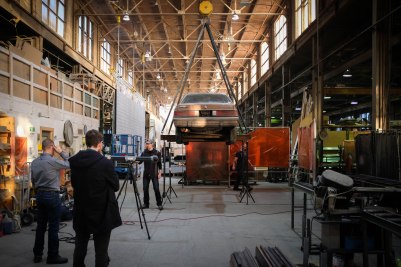 The undercarriage of the automobile was scanned first, processing engine parts, road grime, and complex details in real time.

The car was then lowered and the top was scanned. The car windows were frosted so the scanning device could capture their surface without passing through the transparent glass.

These 3D scans will be altered digitally, and details captured will be used when fiberglass sections of the car are built to simulate the glitched sections of the sculpture. Ultimately, the transition from 3D to 2D to 3D will be imperfect but compelling, allowing space for viewers to suspend their disbelief.